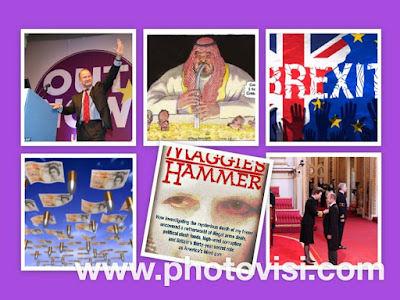 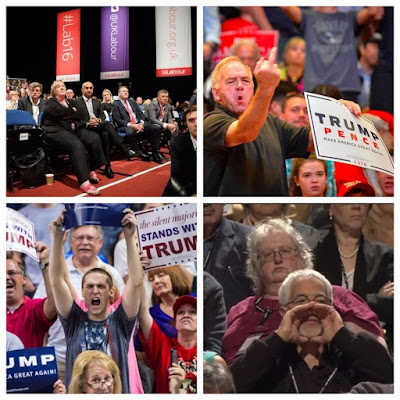 The British Labour Party held their annual conference this past week. I have never voted for Labour. And can think of few circumstances in which I might. What I have to say next should be set in that context.
I cut my political teeth in the UK in the late Seventies, early Eighties. One of the primary reasons I joined the British Conservative Party at that time was my belief from extensive research and discussion that the then Labour Party was close to holding views indistinguishable from the Communist Party.

The Tories are no angels. On many occasions since originally joining them, I have found myself unable to adhere to some of their policies and their antics. And more often than not, I've said so.

But, political parties, especially when you've sweat blood for them. Stayed up late, with fingers crossed so firmly the blood no longer flows. Political parties are like family. You stay loyal. So, I've never abandoned the Tories.

I read this morning an article written by Richard Angell, in Progress, the newspaper of the rightish element within the British Labour Party, saying much the same. He decries what is happening with Labour at the moment. But he is damned if he will leave.

I know there are those who are terribly excited at the ascension of Jeremy Corbyn to the leadership of the Labour Party. Who feel the Party has been re-energized. However, I see a darker side. Richard describes it.

During the Eighties, Labour was afflicted by the bullying tactics of far-left internal organizing groups like Militant Tendency. I see that again with Momentum, the internal Labour group supporting Corbyn. Richard describes their tactics at conference this past week.

Interestingly, those tactics are also used by Trump in the US. And they come from the same playbook used by the anarchists I encountered in Occupy, and since: make noise, bully, intimidate, marginalize, shout down, force to leave the room, and then effect the business you want.

I am truly happy for those in the British Labour movement who feel their Party has found new worth with Corbyn. However, there is no place in any organization for hate. In any society. For whatever reason. If you find yourself alongside someone demonstrating hate, find the courage to ask them to stop. Or disassociate yourself. As publicly as you can.

I say the same to the Tories. To Trump supporters. To the AltRight. To the left in the US (and in the US - I am a dual British-American citizen - I find myself what I describe as a Democratic Populist (http://bit.ly/2t9aFOO)). To AntiFa. There is never any place for hate. Cut it out ... 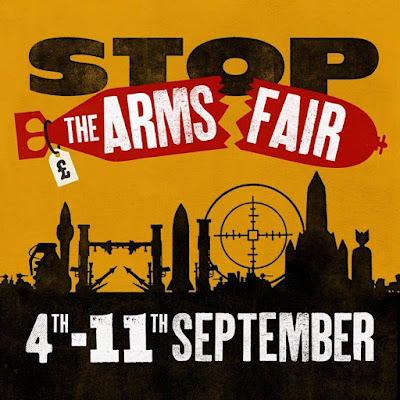 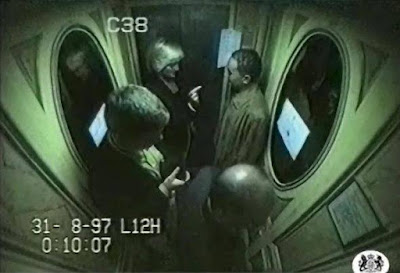 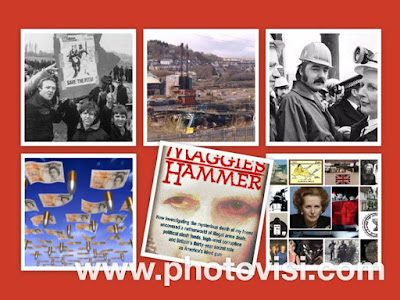 A heart-rending description in today’s (London) Observer newspaper of poverty in the former coalfields of Northern England. So many to blame. So much to do. And so few driven even to try.
The tragic irony is that the Tories are now reaping the ‘benefit.’ For we were the ones who devastated the mining communities with our war on the unions in the Eighties. Not a proud moment in my life.
The article reminds us of the toxic danger of ignoring the long-term consequences of short-term political gain. And recalls for me the personal shame of having looked the other way.
It was the evisceration of British industry which served as the trigger for the massive corruption of the British body politic with arms bribes. As first Margaret Thatcher, and later her successors, of all political hue, sought to replace the lost industry with arms manufacture. 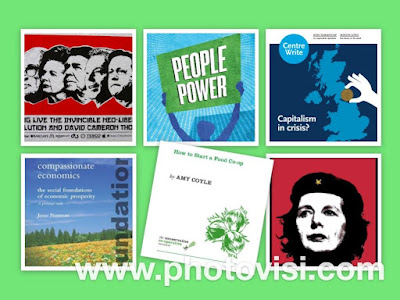 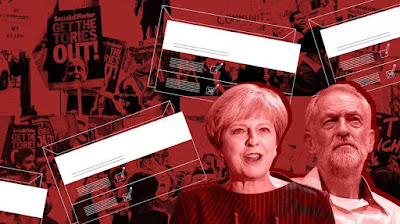 Nick Timothy, the ‘brains’ behind Theresa May’s pre-UK General Election 2017 brand of working-class Tory populism, is all over the place at the moment attempting to revive interest in Red Toryism.
The thing is, I don’t disagree with his central premises. That Tories should be interested in what is best for the whole nation. That they should always be concerned to reform, carefully. Wherever that reform sensibly should go. That they need to have an ear to what the populace wants. And that a lot of folk, especially working people, feel very uncomfortable with the prescription of the center-left for a supranational economic melting pot, which doesn’t appear to take care of those who can’t necessarily make the grade in the brave new world.
It is the healthier aspects of this approach which allow me to meld those aspects of Red Toryism with my own brand of US proletarian populism, which I call Democratic Populism.
The problem is, when people are scared, they aren’t always at their, hmm, ‘healthiest.’ And, as another Guardian article points out, it is often not the principle of free movement of labour, capital and goods that the ‘left-behinds’ vote against, as it is the colour of the skin doing the moving, and the fact that the capital ain’t moving into their bank account. Frankly, I think the author of this article, one Stephen Bush, misses a lot in his essay. But I do believe him correct when he says that, if Red Toryism dies, the alternative could be a lot uglier.
As Nick Timothy himself admits, he is as much to blame as anyone for the possibility that his policy baby may well have got thrown out with the election-failure bathwater. But, even before the 2017 UK General Election, some in the British Conservative Party were inadvertently doing their level best to condemn Red Toryism by allowing others favorably to compare it to Trumpism.
For myself, I do believe that politics in both the US and the UK will be driven, for a while to come, by a large section of the working population who feel they want to retake control of their economic future. I think that is best obtained by devolving as much power over economic decision-making as possible as far down the political ladder as possible.
The upshot of that will undoubtedly be less interest in supranational decision-making. A desire for some breathing space, while new priorities are designed. Which itself may take the form of an element of protectionism and isolation. Together with some localized intervention in the marketplace, to keep at bay the impersonal forces of capitalist change, while ordinary folk better prepare themselves for that brave new world. And it might even see a surge of interest in mutualism. All in all, a gentle ‘qualification’ of the absolute freedom of the free market.
What I strongly believe will not work is boffins of right and left seizing on the distress that exists to superimpose trendy prescriptions of social engineering, which are not desired, and have not worked in the past, and may only result in further distress, and a headlong rush towards greater political ugliness.
It is not left the people want. Nor right. Nor even the center. It is populism. It is what the people say they want. It’s easy enough to work out. Just stop prescribing before you’ve listened. And then have the generosity of political will actually to accept what you are hearing.