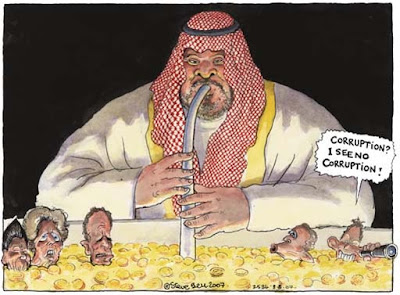 It has been a year since I wrote to David Cameron asking him to come clean on my book, Dead Men Don’t Eat Lunch, and its ground-breaking “Cash-from-Arms” allegations that both Conservative and New Labour Governments, in the past 25 years, have received huge kickbacks from UK arms sales.

And what a year it has been!
The mainstream media are, slowly but surely, playing catch up with the main thrust of Dead Men, right down to describing the same money channels through the Bank of England. All they need now are the hidden money trails into the two political parties themselves – the details of which are to be found only in Dead Men.

David Cameron himself acknowledged the veracity of the arms corruption claims in Dead Men by posting my letter to him on his new web-site, WebCameron. Well, that is until the BAe scandal promised to make a bad year even worse, and Cameron’s staff expunged it – oops!

Not to worry, former Conservative Deputy Prime Minister, Michael Heseltine, stepped to the crease, and confirmed the contents of Dead Men, in so far as they related to arms corruption in the Conservative Party.

Norman Baker, the Liberal M.P. who alleged in his book that government bio-scientist David Kelly did not commit suicide, has agreed to undertake his own investigation into the circumstances of Hugh Simmonds’ death. One major TV production company is in talks to create a documentary. And an American screenwriter is working on the movie.

Publication of Dead Men has caused others to come forward with verifiable information of their own – including the fact that Conservative Shadow Secretary of State for Defence, Liam Fox, signed Simmonds’ death certificate.

Meanwhile, a new source has opened up within MI6 itself. Which is bad news for both Gordon Brown and David Cameron, neither of whom have any immediate plans to stop the flow of illicit arms bribes into their parties’ coffers.

So, stay tuned as the noose tightens this coming year on the “Cash-from-Arms” sales scandal. Have a Happy Conference Season! 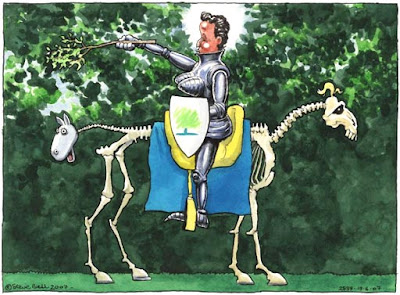 Posted by Geoff Gilson at 2:48 PM No comments: