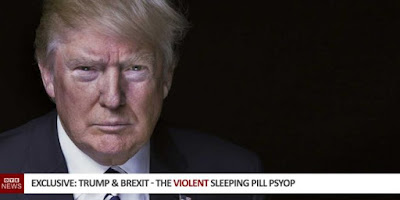 This is one of the scariest articles I've ever read. And I've had moments of being very scared these past 29 years. Have I mentioned My Book?
We wonder about big data, about the NSA, about surveillance, Russia, hacking, e-mails, Clinton, corporate media, fake news, alternative facts, the Brexit con, the Trump con. This story connects all the dots. It will chill your blood.
I'm reaching out to a small band of dedicated left-wing anti-corruption activists in the UK, to help me finish the Maggie's Hammer investigation. Finally. And for the first time, in a long time, I am today seriously wondering: why bother? If this is what we're up against.
What does it matter if we find some people who will now talk? What does it matter if we end up with the story of the century? The absolute proof that the British body politic is corrupted from top to bottom with hundreds of millions of dollars in arms bribes.
If the story can be stifled with technology, private intelligence companies and rogue nations? Not to mention a British military-political-industrial complex, which sits on the boards, and has a vested interest in protecting its arms kickbacks, and now possesses the resources and opportunity to do so?
The most chilling aspect is that the entire enterprise appears to be being orchestrated by otherwise cuddly Silicon Valley types. I dunno. For fun? Because they can? Household names. Google. Uber. PayPal. Working with the dark side.
Actually, that would be the most chilling aspect were we not also being told that all of this modern technology, and the villainous working relationships outlined in this article, are combining the forces of the military, the private sector, data companies and computer scientists to update the concept of governments using psyops against their populations.
I deal with this in my book. The allegation that British governments began to use military psyops against the civilian population in the early Seventies. When some bright spark in British Intelligence decided that what had been used with success to win hearts and minds in Northern Ireland could be used to win hearts and minds more generally on the British mainland.
Problem was, as these things tend to go, and as this article confirms, it is usually right-wingers who go for this type of manipulation. And so, it is generally a right-wing agenda being pushed.
This was the case in Great Britain in the Eighties. When intelligence psyops helped to bring Margaret Thatcher to power. And she responded by giving British Intelligence carte blanche to do what it liked.
Which is how British Intelligence (and my mate) became so involved in arranging illicit arms deals, pipelining arms kickbacks to Intelligence officers, bankers and politicians. And, along the way, honing its skills at psyops, in order to hide all the corruption, and hold successor British governments to ransom. All the while, laying the path for the toxic and far-reaching collaborations detailed in this article.
I knew that all aspects of this corruption had become an industry. I just wasn't aware it had become such a hi-tech industry. And I wasn't expecting to read about it in The [London] Observer, on a sunny Sunday afternoon. Bloody hell. I need to go lie down.